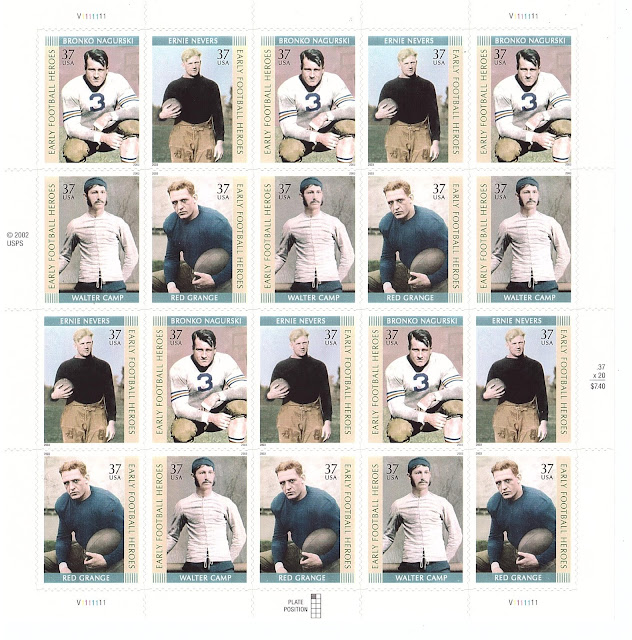 Bronko Nagurski
"Defense him? There's only one way to defense him - shoot him before he leaves the dressing room!" That is what Giants' coach Steve Owen had to say about Bronko Nagurski back in the 1930s. Bronislaw "Bronko" Nagurski (1908-90) was big, fast, and possessed legendary strength. It was not unusual for him to drag two men several yards until a third came to help bring him down.

Ernest Nevers
In 1925, Ernest Nevers (1903-76) was on crutches with broken ankles until two days before the Rose Bowl. He played the entire 60 minutes against Notre Dame on ankles tightly wrapped with pieces of an inner tube. As player-coach of the Chicago Cardinals in 1929, Nevers scored all 40 of the Cardinals' points. Bears' coach George Halas said it best: ÒBears 6, Nevers 40."

Walter Camp
U.S. football began as a soccer-like game in the mid-19th century. Running with the ball and tackling, as in English rugby, was introduced later. The father of American football, Walter Chauncey Camp (1859-1925) developed rules and techniques that set the American game apart from British rugby. He devised guidelines that reformed the game, making it both safer and more exciting.

Red Grange
Harold "Red" Grange (1903-1991) became known as the Galloping Ghost in 1924 when he scored five touchdowns against Michigan, four in the first 12 minutes of play. Damon Runyan wrote that Grange was "three or four men and a horse rolled into one...." Red Grange remains one of football's greatest running backs. 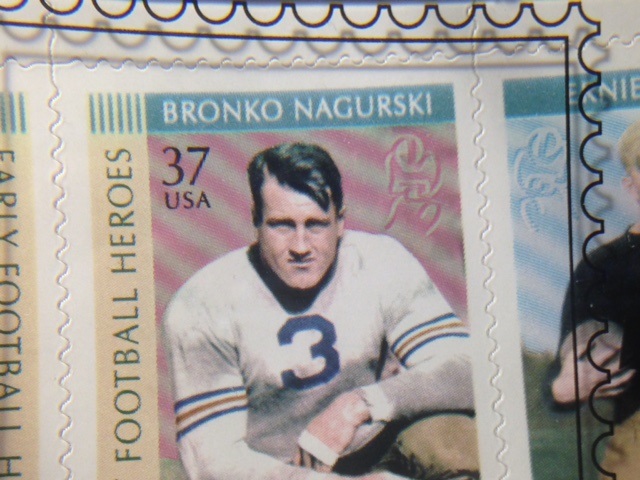 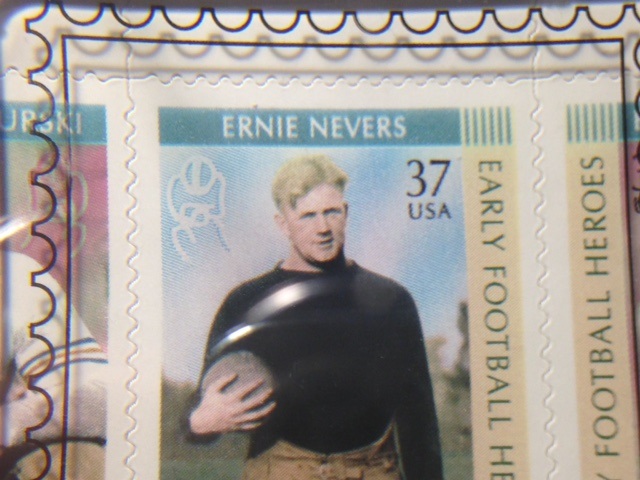 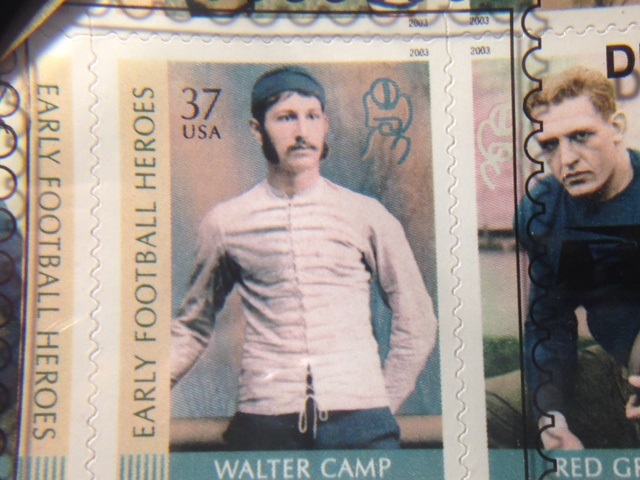 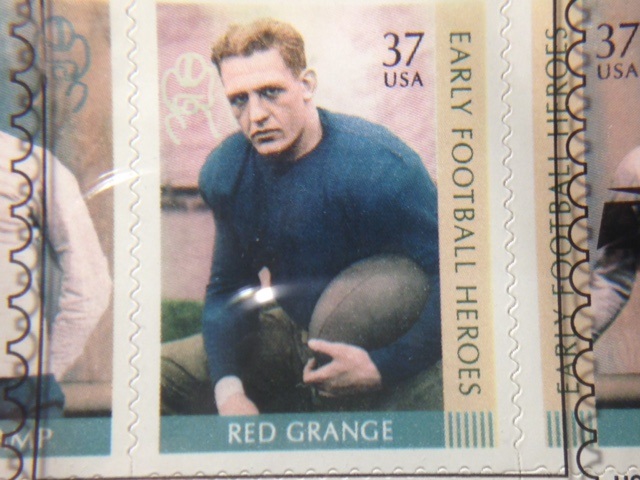 
Disclaimer - Information about the stamp issues on this page has been taken from the net and are for informational purposes only. No copyright claim is made for the above mentioned information/pictures. The pictures have been scanned from my collection.
Posted by kcsquare at 23:29 No comments: