Louis Braille was born in Coupvray, a small town near Paris, on January 4, 1809. When he was 3 years old he was playing in his father’s harness and leather goods workshop and injured his eye with an awl. The eye became infected, and the infection spread. Although he was treated by both a local doctor and specialist from Paris, they could not save his sight. He became blind in both eyes.
Braille was bright and diligent and learned to navigate around his neighborhood using canes his father made for him. He went to school with his friends, learning by listening carefully to his teachers. He did so well in the local school he was able to get a scholarship to the Royal Institution for Blind Youth in Paris, when he was 10 years old.

The man who founded the Royal Institute, Valentin Haüy, wanted blind students to have access to books. He developed a method of raised letters that could be touched in order to teach blind people to read, and compose sentences. His method proved that the sense of touch was a potentially good strategy, but the letters were hard to read and it was difficult and expensive to create books with them. The school had a total of 14 books with raised letters.

A breakthrough came when Louis was 12 years old. Charles Barbier, an ex-soldier, visited the school and told them about the “night writing” he’d developed so that soldiers could get messages or share secret information without speaking or lighting a match. Barbier’s writing used a code of raised dots. The problem was that he was working with as many as 12 dots per letter and it was hard to read and learn. Braille simplified the code to use only 6 dot positions to form letters.

His classmates liked his adaptation, but the Institute did not accept it. Even after Braille became a teacher at the school, the school rejected the approach. It is said that Pierre-Armand Dufau, who became the director of the institute in 1840, did not like Louis' code because he was afraid that there would be no need for sighted teachers if all blind students could read using braille. Nevertheless, Braille taught his method secretly and as he was also a talented musician, he adapted it to record musical notation as well.


Louis Braille died of tuberculosis at age 43. Six months later the school adopted his 6 dot system, and within a few years it was used world-wide. 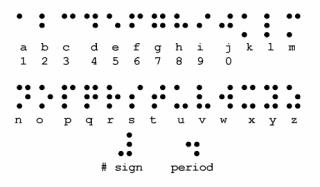 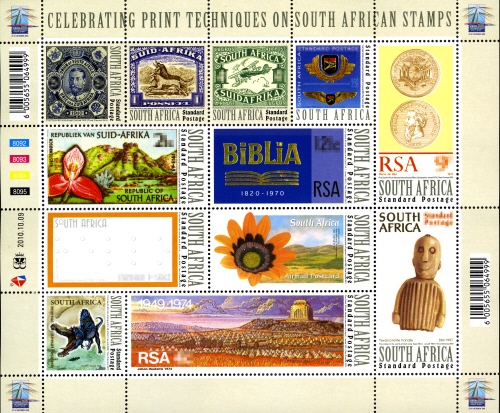 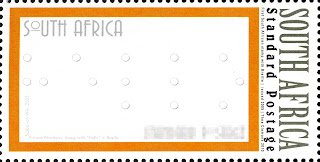 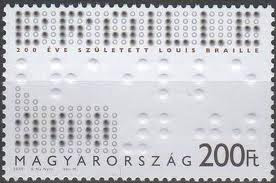 
Magyar Posta, the Hungarian postal operator, launched a commemorative stamp to mark the 200 years since the birth of Louis Braille. The stamp is embossed in braille with the name of Louis Braille. 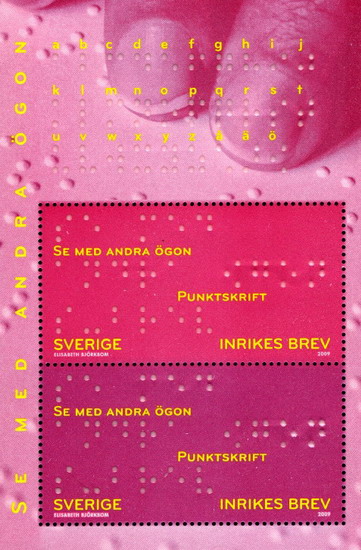 
According to the technical definition, a Braille letter may consist of at the most six raised dots in a small square. The dots are 6 millimeters high and 3.5 millimeters wide and are laid out in two columns with three dots in each. Braille is read using the fingertips,  usually the pointer finger on both hands. It takes visually impaired children about the same amount of time to learn Braille in school as it takes other children to learn how to read. Even people who have suffered a loss of vision as an adult can learn to read Braille.


Reading Braille requires a light touch. Beginners often push down too hard with their finger, which makes it more difficult to feel the dots. An experienced reader does not identify every individual letter, but rather entire words. There are different machines available for typing in Braille. Braille machines have one key for each of the 6 points. A letter is typed by simultaneously pushing down all of the keys for the dots used in each letter. There are also electronic aids that can be connected to a computer.


The Through the Eyes of Others issue is one of the events in 2009 celebrating Braille and the 200th anniversary of the birth of its founder, Louis Braille. The stamps are also one way for Sweden Post Stamps to express itself in its work with diversity. The stamp depicts a screen print with legible Braille.

04 January 2009 is the 200th Birth Anniversary of Louis Braille – inventor of the Braille system used by visually impaired/blind people to read and write worldwide allowing them to communicate with the world. To commemorate this invention, the European Blind Union (EBU) announced 2009 as the year of Louis Braille. The Polish Post is one of the many European Postal departments participating in this celebration by issuing a Stamp featuring a portrait of Louis Braille with an adjoining field including his full name embossed in Braille. 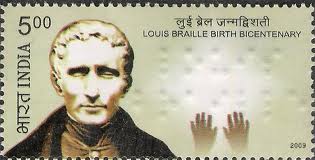 India post being one of the many international postal departments participating in ‘2009 Year of Louis Braille’ has issued a stamp commemorating the Bicentenary Birth Anniversary of Louis Braille – inventor of the Braille system. The stamp features a portrait of Louis Braille with braille embossed on the stamp which says “Louis Braille”. 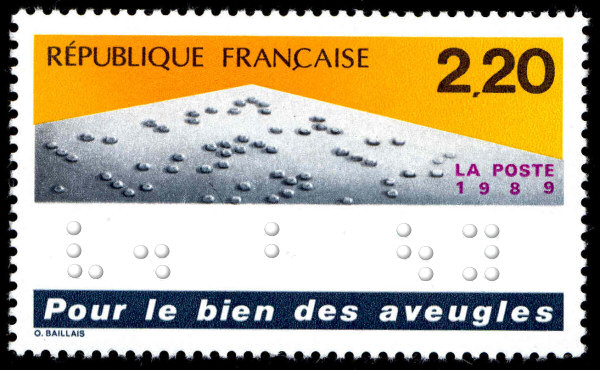 The Braille embossed on the stamp depicts “V. Haüy” referring to Valentine Hauy (1745-1822) who developed an embossed alphabet in Latin Alphabets for the blind.  Louis Braille will then develop the alphabet that bears his name. 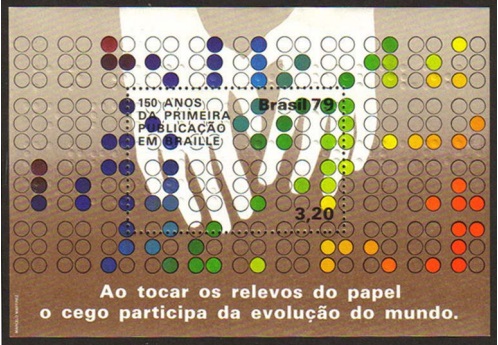 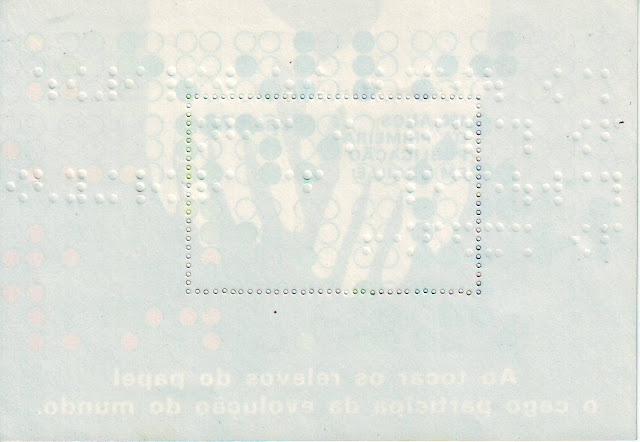 On November 20, 1979 Brazil issued a souvenir sheet for the 150th Anniversary of the First Publication of Braille. Braille (enlarged) is embossed and different colors on this sheet. When the blind touch with their fingers the points of relief they get somehow the
sense of sight through the sense of touch. The colored circles [Braille dots] stand for the Braille system and consequently, for the sight of the blind. 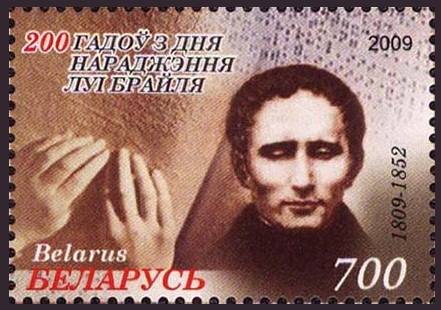 On January 4, 2009 the Ministry of Communications and Information of the Republic of Belarus issued a stamp in honor of Louis Braille. The stamp was designed by Yevgeni Simonenko and Ivan Lukin and marked the 200th birthday of the inventor of “braille,” the tactile reading and writing system used world-wide by blind and vision-impaired people.

Disclaimer - Information about the stamp issues on this page has been taken from the net and are for informational purposes only. No copyright claim is made for the above mentioned information/pictures.
Posted by kcsquare at 00:44

Email ThisBlogThis!Share to TwitterShare to FacebookShare to Pinterest
Labels: Stamps with Braille