Glow in the Dark Stamp Under UV Stamps - Update 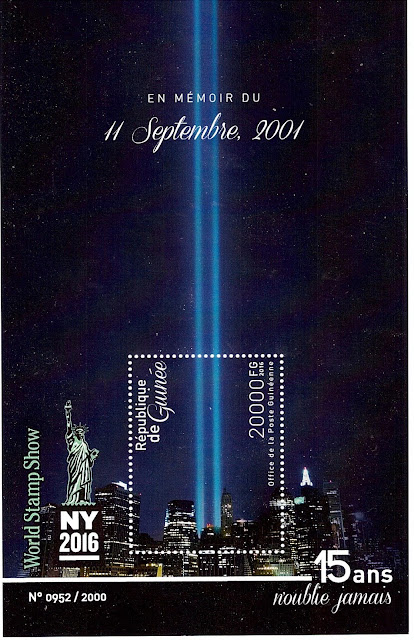 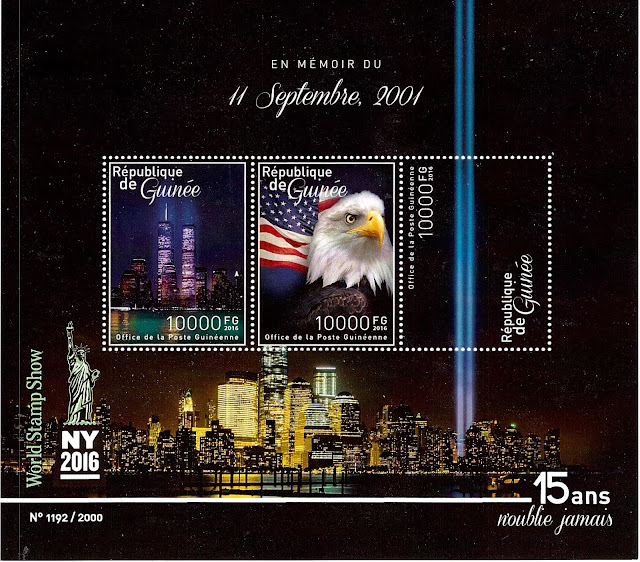 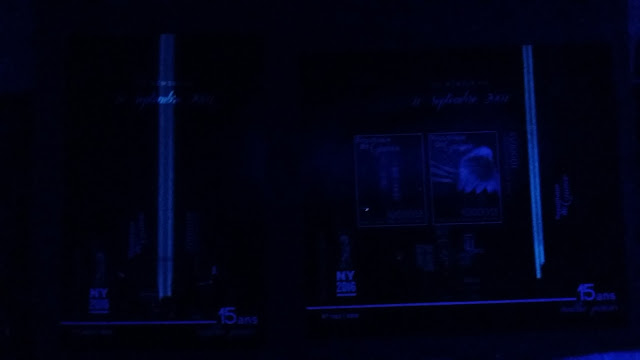 Republique de Guinea Post to commemorate the 15th Memorial Anniversary of September 11, 2001 (Terrorist bombing of the Trade Center  Twin Towers of New York) issued a minisheet and a souvenir sheet, at the New York World Stamp Exhibition held between 28 May to 04 June 2016, depicting two parallel beams of light from Ground Zero where the Twin towers of the Trade centre stood, the New York skyline, the Trade Center Twin Towers, a Bald Eagle with the American flag and an image of the Statue of Liberty,

The stamps has phosphorous printing which glows in dark under UV

Disclaimer - Information about the stamp issues on this page has been taken from the net and are for informational purposes only. No copyright claim is made for the above mentioned information/pictures. The pictures have been scanned from my collection.

Email ThisBlogThis!Share to TwitterShare to FacebookShare to Pinterest
Labels: Glow in the Dark Stamp Under UV Stamps, Z Guinea